The Joffre Lakes hike is one of the most accessible and spectacular hikes that you can do in the area. The hike gives people the opportunity to experience some amazing alpine scenery without having to trek into the backcountry for days, and can be completed as a day hike, or an overnighter. 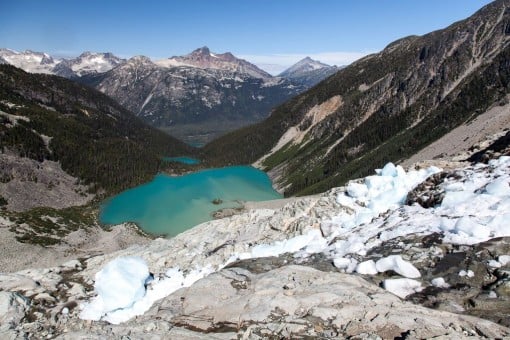 A view of all 3 Joffre Lakes. Photo by Stefan Lozinsky

If you do decide to go check out the upper lake, and the glorious wilderness surrounding it I recommend that you follow these top tips for the best possible experience.

Expect crowds on nice weekends. If you are overnighting try to hike in on Friday, or, at the least very early on Saturday to avoid most of the crowds. If you are day hiking leave early so that you allow yourself enough time to explore the areas around the upper lake. Nothing is worse than having to cut your day short because you slept in for 2 hours that morning! 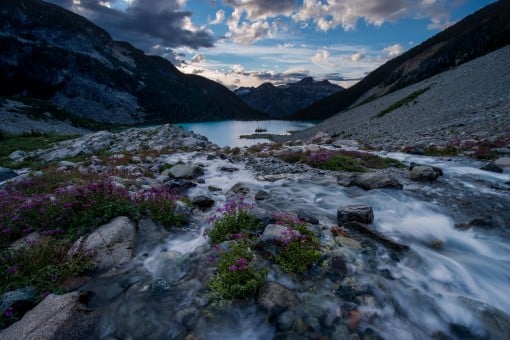 The hike itself isn’t overly long, at about 5km one way it takes most people around 2 – 3 hours to hike to the upper lake. The trail has also recently been significantly improved by BC Parks making most of it into a well groomed, highway of a trail. That said, you still have a decent vertical gain and will most likely make a long day of it. I was surprised to see a number of day hikers on the September long weekend heading up the trail with no food or water on them. Most of these people make it to the second lake, or at best, the start of the third lake, turn around because they’re hungry, and miss out on some of the best parts of the hike (Matier Glacier, Waterfall, Tzil Glacier).

Check out the Glaciers

There are two very accessible glacier viewpoints that are hikeable from the upper lake. The Matier Glacier can be reached by hiking up a ridge on the south west end of the upper lake (allow about 1 – 2 hours to head up the ridge). The Tzil glacier can be reached by heading west from the north end of the lake (allow 2 – 3 hours to hike up to a good viewpoint). Both routes can be done as part of a day hike, or as short outings from a camp set at the upper lake. Always remember to exercise caution around glaciers, large chunks regularly break off during the summer months. 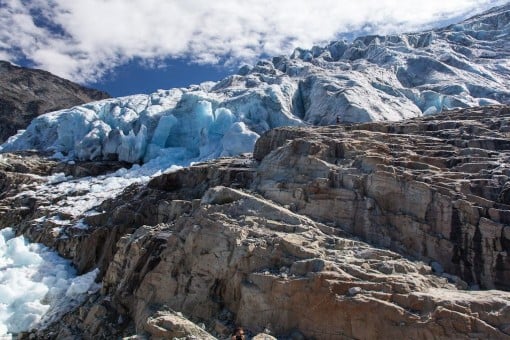 Joffre Lakes are accessible most of the year, but the conditions vary drastically. Depending on the season there can be heavy snow at the upper lake right up until mid to late June. Typically July through September offer the best snow free months to hike the trail. Keep your eye on trail reports for more up to date info about the trails, and lakes.

Pay Homage to the Bear

This is perhaps the most important tip of them all. A small wooden bear has appeared near the end of the trail, after the waterfall, at the start of the upper lake. I strongly suggest paying your respects to him (or her??). There’s an ancient BC Parks legend that says whomever does will have perfect weather and good luck for their next 10 hiking trips.

The Joffre Lakes are definitely a must do for any British Columbia hiking enthusiast. Pick a great weekend to head up and enjoy the scenery! 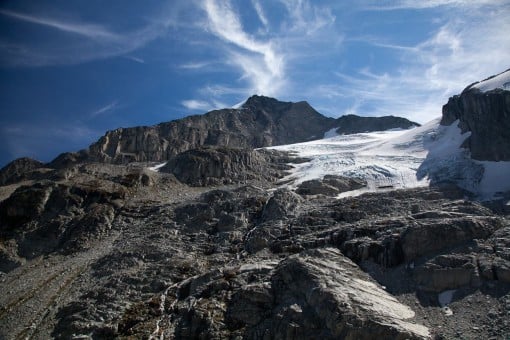 Cory Jennermann is an avid hiker and aspiring mountaineer. When he’s not out exploring he helps runners find running events, clubs, and stores in their city by contributing to RunGuides. If you're looking to find Vancouver runs check out www.runguides.com/vancouver.