Google has teamed up with Parks Canada to photograph and add trails and historic sites to their Google Maps Street View service. For some, it’s a dream to visit many of Canada’s National Parks but this can prove to be challenging in such a large country and where some of the parks are located in relatively remote areas.

Now you can click and view some of these parks from your computer. Here are some examples of what’s been added to Google Street View (click on the images to view them in Google Maps Street View): 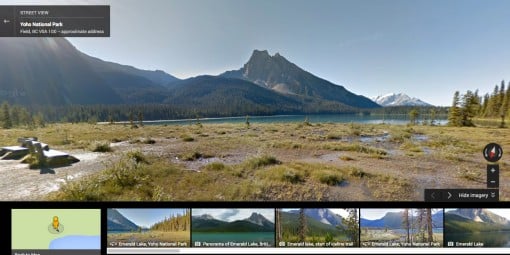 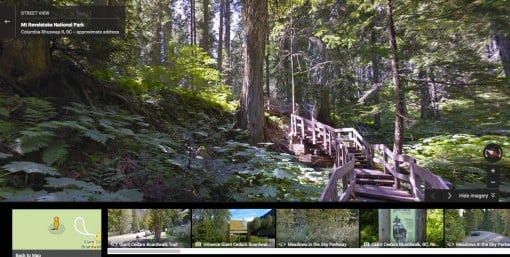 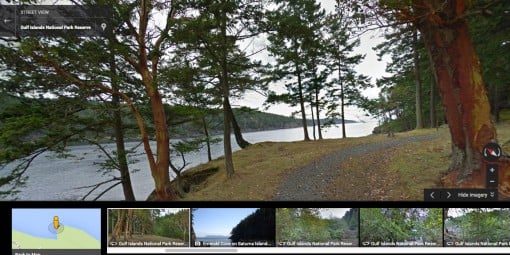 How Does It Work?

I’ve found it a bit challenging to find the actual “street viewed” areas of the parks as it’s a matter of searching for the Parks Canada site and then dragging the Street View Character onto the map, which then causes the mapped areas to appear in blue. The challenge is that in some of the large National Parks that are hundreds of square kilometers, there is only a few kilometers of trail that is available on Street View, so it’s easy to miss.

The following image shows the blue “Street Viewed” trails after dragging the orange character over the map. The little window gives you a preview of what you will see at that particular point and you can drop the character at any point along the blue lines to see the full-screen image of that point.

How Did Google Do This?

Google has gone to great lengths to drive cars throughout the world in their quest of photographing and adding imagery to their maps. The bulky camera system has been shrunk to a backpack sized device, known as a Trekker, that can be carried along trails and indoors. 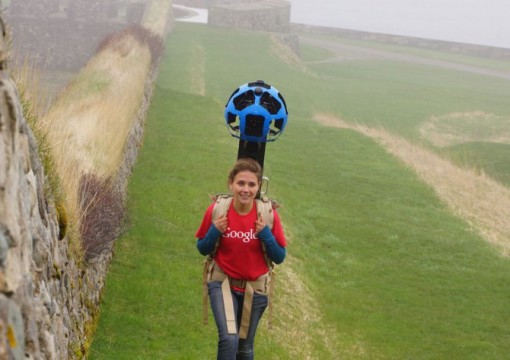 A Google Canada employee walks through the Fortress of Louisbourg in Nova Scotia, a Parks Canada site that has been added to Google Street View (photo by Aaron Brindle / Google Canada)

The addition of imagery to Google Street View of Parks Canada sites will be a valuable tool for trip planning and as an educational tool for use in schools. This is just a start of what can be expected in our near future.

For now, here’s a complete list of the parks and sites that have been added so far:

One response to “Google Street View and Parks Canada”